In 2014 there was a big attack right out side of campus taking place in IV. Just outside of the Pardell Tunnel. During this attack many were injured but multiple were killed. In response to this attack the UCSB community came together and came up with the idea of the Paper Cranes and hung them from the ceiling in the Student Resource Building. The Paper Cranes was originally a tradition in Japan it came from  Sadako Sasaki and the day where the make cranes is now known to promote world peace and raise awareness.

Due to this incident of the attack on IV the Santa Barbara community decided to come together and create remembrance for the families and friends of those who were killed by this young man who was clearly not in the right state of mind. There are several different ways to create memory of those who had died during this awful time, I have passed by many different memorials and have seen several different pictures, but the paper cranes in the Student Resource Building are what stuck out to me the most. Not even knowing what they meant just seeing them stood out so much because all of the various colors and the way they are neatly organized dangling from the ceiling. 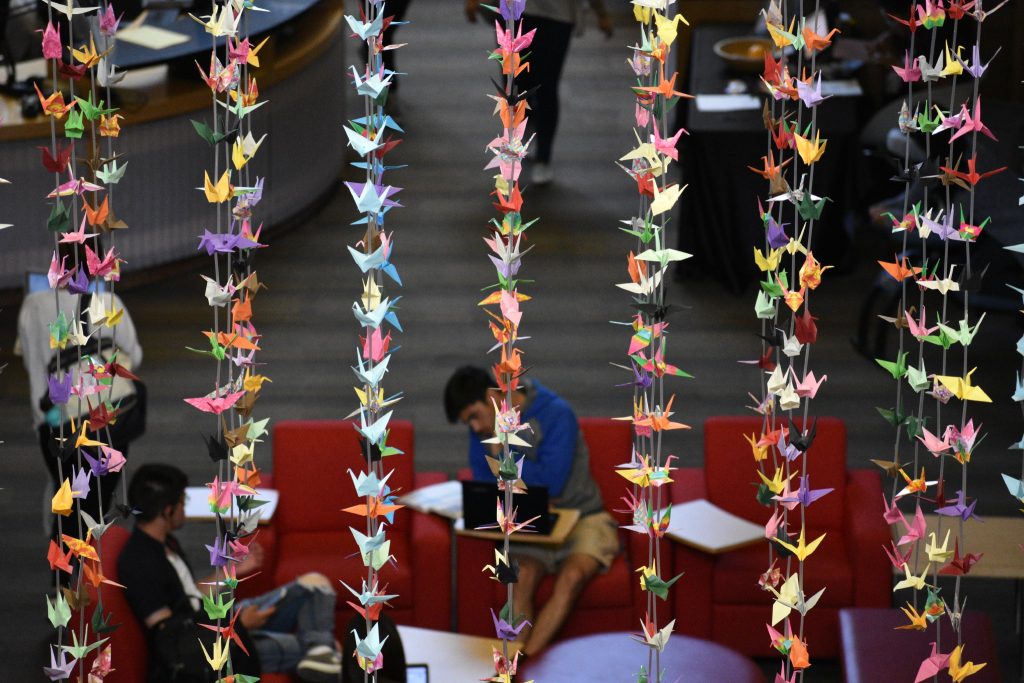 These paper cranes help us create a memory of those who were killed because they were specifically but up for them and during this shooting mostly girls were targeted. The UCSB wants us to feel like we are unified and are able to stand up for each other during hard times like this, and coming together to create special creations is what can help us to feel this way. The cranes are symbolizing peace and when people look at them they should understand the meaning of peace and what the community is trying to get everyone to understand.

This is a text widget. The Text Widget allows you to add text or HTML to your sidebar. You can use a text widget to display text, links, images, HTML, or a combination of these. Edit them in the Widget section of the Customizer.